Trisha Yearwood and Garth Brooks were surprise guests at the benefit concert "We All Come Together" for John Berry and Music Health Alliance Tuesday night.

Trisha Yearwood remembers going to watch fellow Georgia native John Berry perform before either of them left the Peach State for Music City or charted a hit country song. Travis Tritt was part of the same Georgia music scene in the ‘80s and said that he and Berry took turns going to watch each other play.

Tuesday night Yearwood and Tritt, along with more than 20 additional country singers, came out again to support Berry, this time to lift him up in his time of need. Berry, who has had hit songs including "Your Love Amazes Me" and "Standing on the Edge of Goodbye," was diagnosed with tonsil cancer in January. Held at City Winery, a benefit dubbed "We All Come Together" for John Berry and Music Health Alliance raised more than $300,000 to help cover Berry's medical bills. A portion of the proceeds will be donated to Music Health Alliance.

"We're Georgia kids, so he's one of ours," Yearwood said. "He's got an angelic voice, so it's cruel irony for him to be going through what he's going through. But, he's got such a great spirit. It's like a family. You want to come out and say, ‘I'm here for you. That's really what this is about."

With get well cards for guests to sign placed on the tables, and Berry seated front and center in the audience to welcome his fellow singers as they took the stage, the night felt like a supportive homecoming for old friends.

Darryl Worley, who performed "Second Wind," told Berry that he knew the singer had been the recipient of a lot of prayers and was thrilled they were working. Graham delivered his "Hell and High Water," Foster performed his hit "Nobody Wins" and the Oak Ridge Boys got fans singing along with "Elvira."

"We had just read in the last couple of months about John facing cancer," said Oak Ridge Boy Joe Bonsall. "If you've got a brother down, everybody gathers together for the brother. It's as plain as that. It goes back to Christian values. Let's stand up and pray for him, sing for him. Let's hope he beats this thing."

As singers cycled through their performances for the audience, backstage many of the artists used the opportunity to catch up with old friends. Tritt said there were people there he hadn't seen in 20 years. The "Anymore" singer also remembers a time when Berry was there for him in his time of need. In the early ‘90s, Tritt was unexpectedly hospitalized for exhaustion during Fan Fair, which made it impossible for him to play a scheduled concert for hundreds of his fan club members. Instead of canceling the show, Tritt said Berry along with Tanya Tucker and Parnell stepped in and played his fan club party.

Berry, who endured surgery and 35 rounds of chemotherapy, is waiting to find out if the treatment worked. He took the stage near the end of the show to pay tribute to his wife Robin for pushing him forward during the illness.

"I couldn't have done this without the love of this woman," he said as Robin stood beside him.

As Berry performed "There Could Never Be Another Love" for his wife, 35 audience members lined up to present Robin with 35 roses, one for each chemotherapy treatment she endured with him.

"I know you came with open hearts and I hope you had the time of your life," Berry told fans.

The show ended with a group performance including Berry, Gill, Tritt, Parnell, Chuck Jones, and more on his song, cowritten with Jones, "All Come Together." 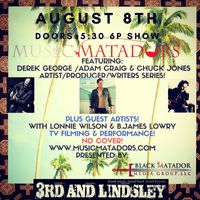 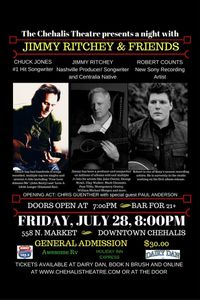 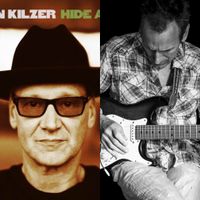 Can't wait to share the stage with my good friend, John Kilzer, in Memphis on Sunday, March 12, from 6 - 9 p.m. at Neil's Music Room, 5727 Quince Rd, Memphis, TN 38119! We'll be doing the show together, trading songs and telling tall tales;) Be sure to reserve your table!

This old guitar sure can make some moving music! #Nashville #MusicMondayhttps://t.co/N4fykamz1c